Introduction: More-than-human approaches that emphasize the relationship between matter, technology, humans, nature, and all human and non-human things in a relational manner and as Assembled Phenomena, have found a special place in sociology. The place of things, materials, and objects in understanding society and the relationship between humans and non-humans in understanding humans and society have been expressed in a variety of ways. From Tarde’s diverse and marginalized perspective to the connective and rhizomic sociology of Deleuz and Guattari (1988) and from the New Materialists to many science and technology scholars such as Latour (2005), Latour and Woolgar (1979), Haraway (1997), Law (2004), Barad (1996) have all acknowledged that society cannot be made up of humans alone and that agency can transcend humans in many social actions, and false dualities such as subject/object, human/nature, and structure/agency are sharply criticized. Considering the more-than-human approaches, where the basic structure of the position of the human, the researcher, the research field, and all other materials and factors are changing and evolving, it is certainly not easy to use classical methods and methodology, and appropriate methods for this research should be reconciled with this changing attitude and approach.
Method: When a researcher chooses a research field as their main research area, all dimensions of this field as a unified phenomenon or as a network with its human and non-human factors and actors can no longer be evaluated using the previous methodological approaches, which are mainly focused on humans. The Internet and the social network space are also of great interest as a field of research in more-than-human approaches in line with these theoretical changes and developments. This approach itself has led to methodological creativity (e.g., Logosi, 2018; Lupton, 2020; Nimimaa, 2014; Macleod, 2019) and some creative methods have been proposed.
Findings: In this study, in examining the foundations and theoretical dimensions of the more-than-human instagraphy and the representation of the more-than-human attitudes and approaches, Barad & Latour are highlighted and their conceptual dimensions are given more attention and considered as the fundamental theoretical basis for our method. Then, in the second part, in the context of the Internet and ethnography, we collected some of the proposed methods and methodologies and used some of them as methodological basis in our method. Finally, we included and centrally introduced them in the college design off or method called More-than-human Instagraphy.
Conclusion: In view of the great desire of these approaches to the method(s) and methodology(s) of ethnography, the basics of ethnography and the Internet field and the proposed methods in this field were presented. Methodological recommendations such as: Kozinets’ Netnography, Ethnography and Internet Model by Sade-Beck, Lugosi and Quinton’s More-than-human Netnography, Sociomaterial Ethnography by Niemimaa, and Lupton’s More-than-human Digital Data were used. Finally, an attempt was made to present a methodological collage entitled “More-than-human Instagraphy”. 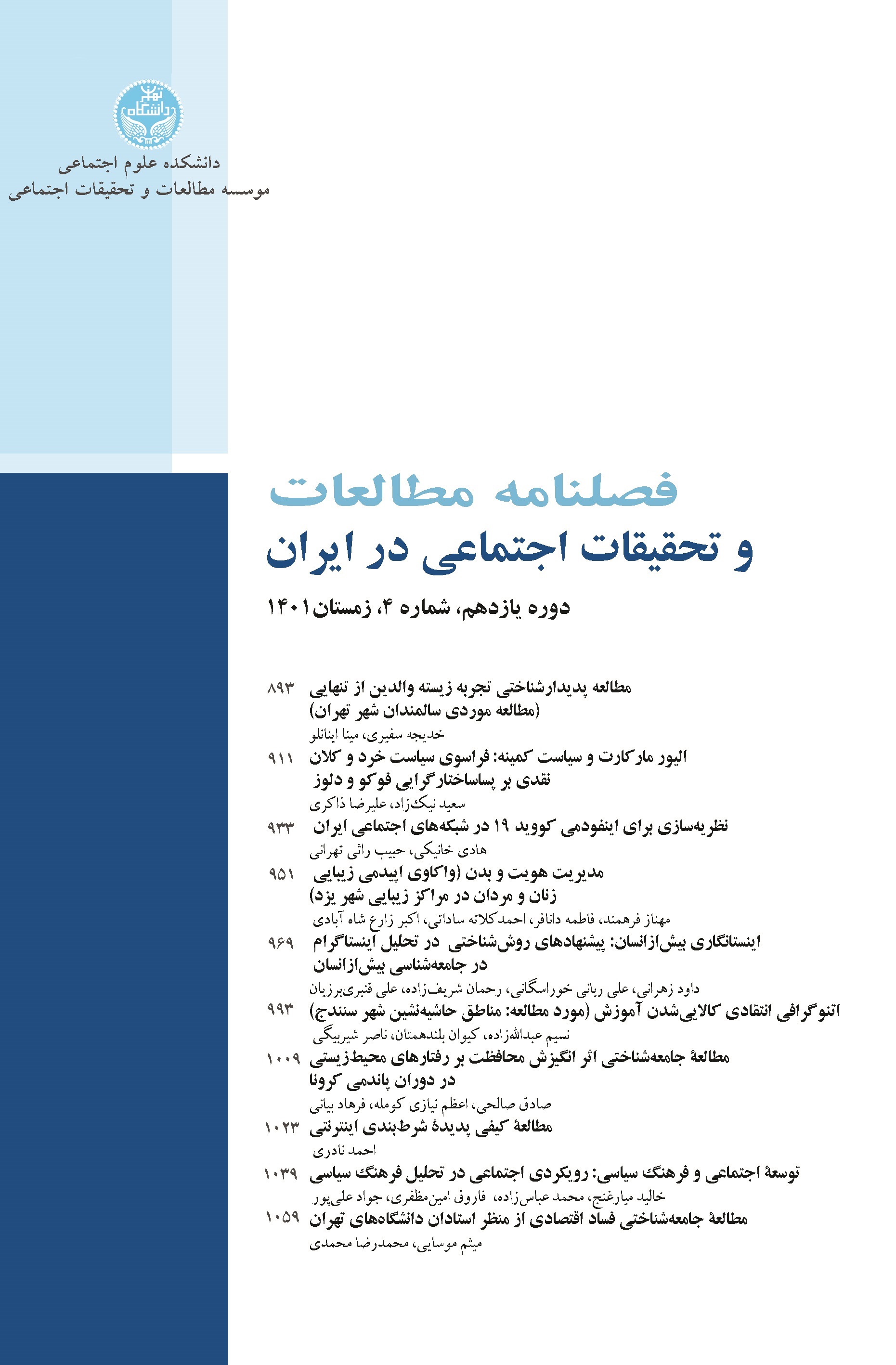