Introduction:'Felicity Land' (Saadatabad) by Maziar Miri is examined in a study of gender representation; the paper attempts to give an understanding of gender construct and representation, and to statistically extrapolate it to the broader Iranian cinema landscape. A movie or any other text which represents the cultural and revisionist modern Iranian subjectivity would be best fitting the qualitative research as used in the present paper. 'Felicity Land' lends itself best for such an inquiry for many reasons. It was a box office success when the audience of the time.
Method: a qualitative sociological study is applied to analyze gender representations in 'Felicity Land' which is widely accepted as the suitable method in study of images. John Fiske’s semiotics approach offers three levels of semiotics analysis to discover layers of meaning in the media: natural, technical, and ideological.
Finding: Male-Female and gender interactions is a major theme of the movie, a fact which bolsters movie's gender impact and implied significations. Middle-class women are represented as independent and more socialized, especially in household politics. However, in their private spheres, these women are often represented as docile, dejected, and still dependent on their men. Men, on the other hand, are represented lonely and grappling with financial difficulties of their daily lives, but still rule the roost in family hierarchy of power relations. Dialogues among men revolve around financial hardships outside home, and they fail to communicate a shared sense of enjoyment and experience. Smoking, drinking, extra-marital relations, violence, and dishonesty committed for financial gain are critiques against contemporary men. Represented as an ideal woman, Yasi has a modern demeanor, and attends well to her traditional social roles as cooking for the family. She even goes beyond duty and renovates in cooking in bringing European foods to the table, thus ideally representing the modern woman of the time. She shuns working outside home, just to serve the family better. Other two women offer negative characters: one is insolent and the other is represented as making unkind allusions. Both fit the stereotype of inconsiderate and irresponsible women. Marital relations are very shaky in 'Felicity Land;' they lack the emotional depth and richness. Couples are apart by wide cultural and emotional gaps. In all three families portrayed, couples make no effort to repair the already damaged relations with spouses. Indeed, in the context of modern life, families seem no longer viable as they were in the past; they now merely reflect the pale and drab façade, bereft of any significance of bearing children and endeavor to improve relations. To a larger extent, the movie succeeds in rebuttal of the stereotype of traditional women; the myth of feminine jealousies and lack of support for themselves by women are gone, and replaced by a display of sympathy among women in difficult social and emotional situations. However, the support is lavished just for individual women than for the family.
Results & Conclusion: new gender order acts in yet more complex ways in social and revisionist subjects, and understanding institutionalized cultural practices requires decoding. In any analysis of gender representation, Karl Barth and Susanne Hull's views along with Erving Goffman's 'gender advertisements'helps emphasize on the role of the media on constructing and reproducing gender among children and adults. Goffman believes that gender, like any other social meanings and constructs, perpetuates through processes of socialization: media passes to society exaggerated, stereotypical, and often simplified 'data' on gender role models through 'gender advertisements;' it is then imaginable that, with this media impact, a critical reversal will happen in Goffman's theory, in that, the conceived centers of power and interests, especially invisible patriarchy behind the media management practices, gives a more critical aspect of understanding of gender as a social construct. 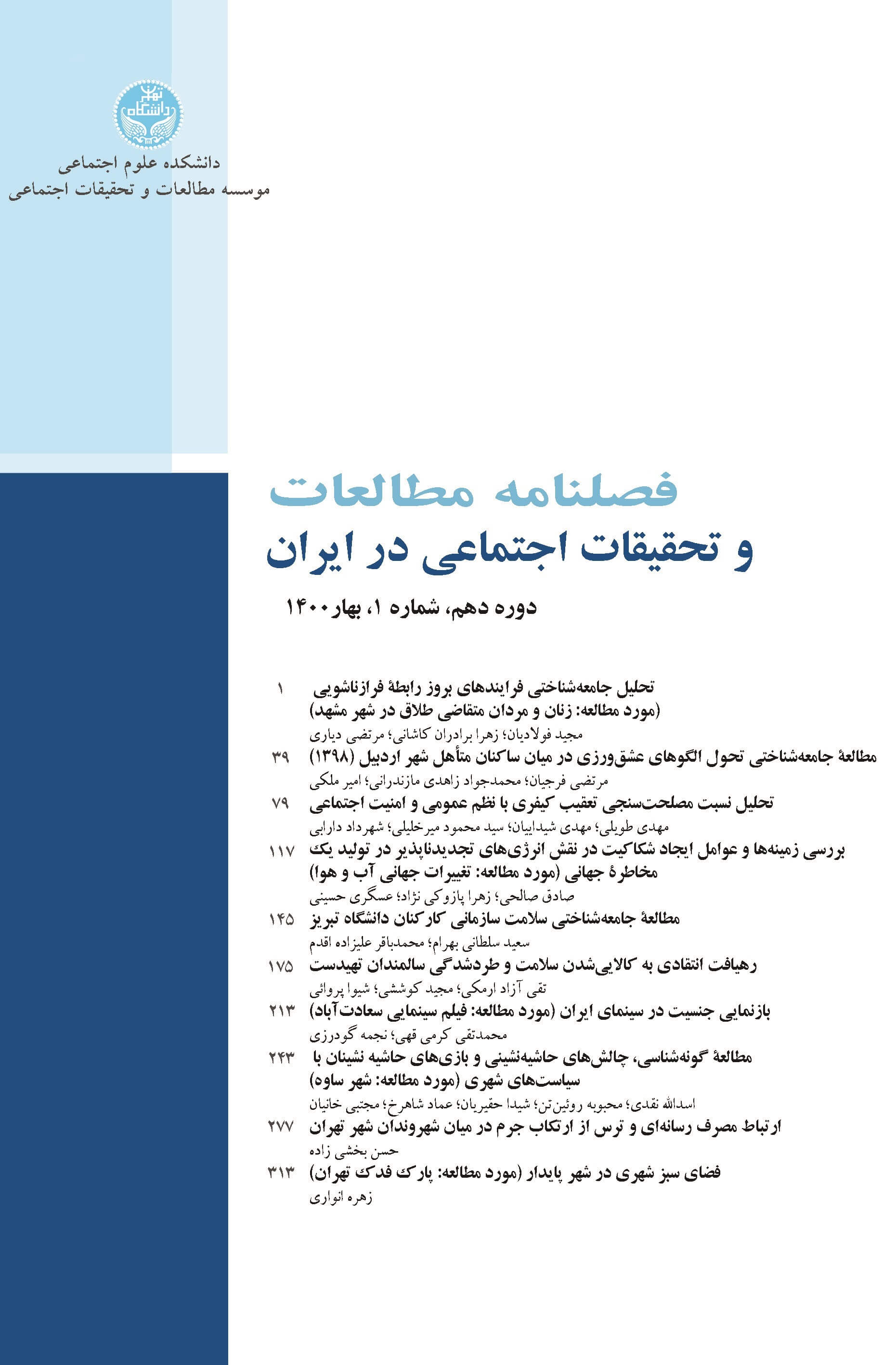