Justice-Based Discourse and Representation of Social Classes in Iranian Cinema

1 Assistant Professor in Department of Social Science,Faculty of the Literature and Humanities,University of Isfahan
2 Masters student in Sociology, University of Guilan, Guilan
چکیده [English]

Introduction: Films are influenced by the practice of political discourses in representing reality. The ruling discourse is to represent its desired patterns of action and life, and cinema is one of its meeting places. The way characters and their lives are portrayed is directly related to cinema’s dependence on the dominant discourse. Between 2005 and 2013, the discourse of justice gained hegemonic power in Iran. The discourse was not directed at the elites, managers, or political and civil society organizations, but at the masses. The cultural politics of the discourse were based on the dissemination of Islamic values in all fields, including the arts. Therefore, the expansion of justice in film also meant indebtedness to it. In this article, we aim to investigate the representation of classes, including the lower classes, in Iranian cinema during the first presidency of Mahmoud Ahmadinejad.
Method: The present study aims to examine the representation of different classes within the discourse of conservatives, using the method of narrative analysis and focusing on Chatman’s theory. Chatman (1978) assumes that narrative has two basic elements: “story” and “discourse.” The “story” is the content of the narrative and the “discourse” is the form of this expression. According to him, the story is composed of actions, characters, productions, things as well as cultural codes, and the discourse includes the structure of narrative transmission and cinematic manifestation. For this purpose, 67 films screened in Iran between 2006 and 2010 were selected as a sample.
Finding: The results show that Iranian cinema films represent five categories: modern upper class, traditional upper class, modern middle class, traditional middle class, and lower class. These classes are distinguished vertically according to the “representation of wealth” and horizontally according to the “social values”. On one hand, the upper, middle and lower classes are formed by the distribution of wealth. The values separate the classes into two traditional-modern areas, and thus the traditional-modern classes are separated at both the upper and middle levels.
Results & Conclusion: At the level of film discourse, the classes with traditional characteristics are closer to the neoconservative discourse, and at the level of fiction, their narrative is supported by this discourse. As the mainstay of a just discourse, the lower classes are portrayed as warm, family-oriented, hard-working, and sacrificial individuals who are constantly struggling with problems. These problems are imaginatively resolved at the end of the films’ narrative. Finally, the dominant discourse has shirked its responsibility to distribute wealth equitably by reducing the basic problem of this class, poverty, to other things like marriage. In addition, by redefining the concept of justice, as well as constructing the subject of the lower class as a victim of social conditions, the discourse attempts to unify the various spectrums of tendencies and tastes in this class. Finally, the discourse of justice uses the medium of cinema. 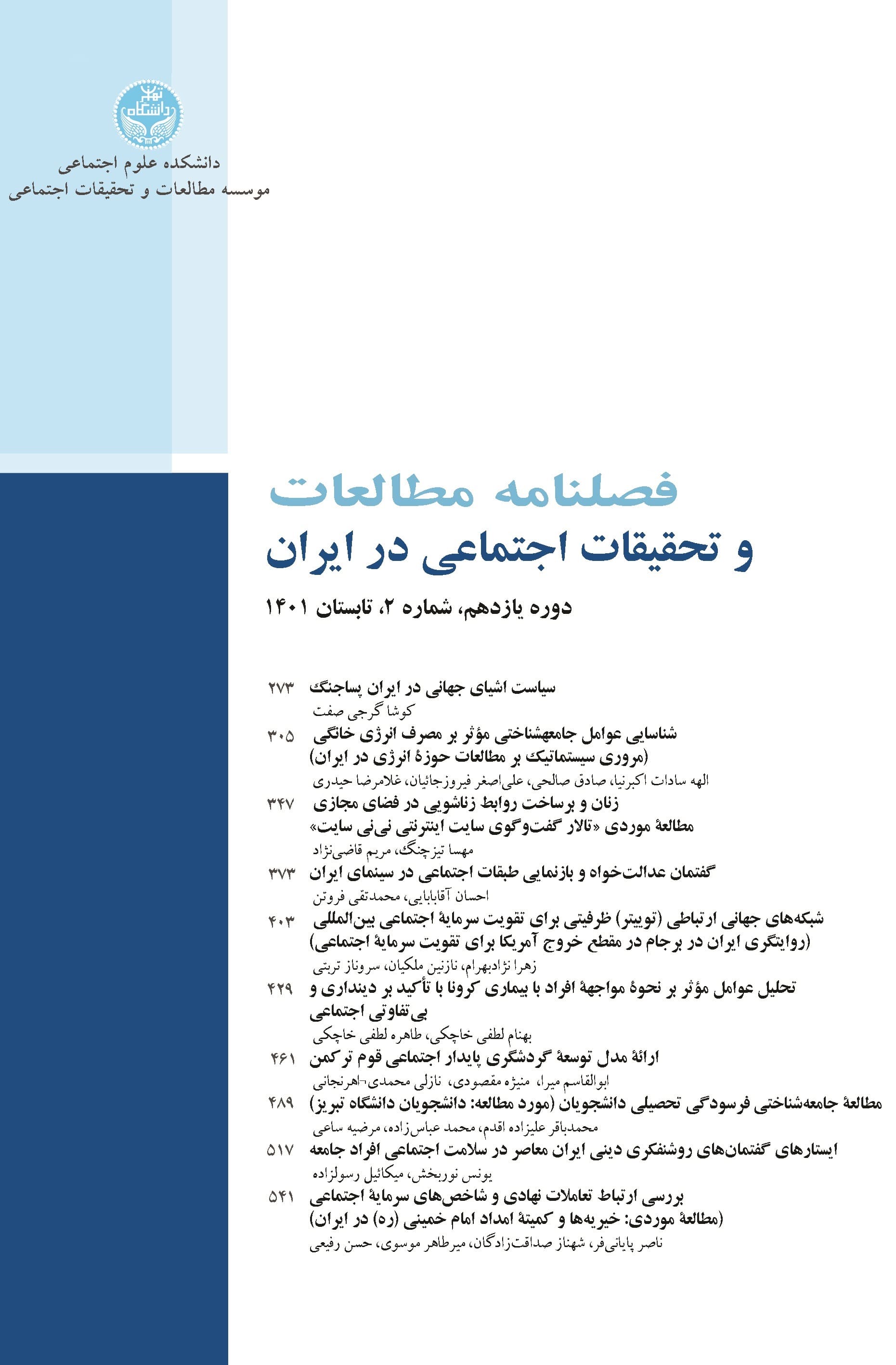