Girls’ Narrative of the Dressing Phenomenon: A Redefinition of Its Identity and for Meaning (Case study: young girls in Shahindej)

Introduction: Adorning the face and clothing is now seen more as a means of establishing identity, and media, advertising, and affinity groups have become promoters of binding norms. Women are judged more than men by these norms and are ashamed of their bodies when they do not conform to societal expectations. Women's clothing is seen both as a means of display and as an important means of concealing or revealing various aspects of personal life, as it links customary formalities and principles to identity. As a social phenomenon, women’s dressing has undergone numerous conflicts, struggles, and changes in recent decades. Every dressing has a meaning, but what matters most is its position within the system of collecting meanings. In today’s Iranian society, where on the one hand traditional components still play a role in lifestyle and on the other hand certain modern social features and global cultural components have been incorporated into the living environment, the style of dressing in girls is of great importance as a group where these changes are manifested to the maximum. The aim of the present study is to investigate dressing among young girls from the city of Shahindej in Iran and to answer the question of what semantic understanding they have of the phenomenon of dressing and the adoption of a type of it, that is, what meaning colors, patterns, sizes, and designs of dressing have for them.
Method: This is a qualitative narrative study in the traditional and analytical sense. A narrative study is a type of qualitative research that collects data from a series of stories. These stories represent a narrative of people’s life experiences, quoted by themselves about themselves or by others about other people. Data were collected using in-depth interviews and participant observation and analyzed using thematic analysis. The research participants include young girls from Shahindej between the ages of 18 and 30. Samples were selected using the purposive sampling method until theoretical saturation, resulting in twenty-four in-depth interviews.
Findings: The research results were evaluated and analyzed based on five factors that are the main causes of change in semantic understanding of the phenomenon of dressing among young girls from Shahindej. The extracted factors include the dominance of the media in everyday life, changes in the norms/values of the subjects, the body as a subject, self-presentation, and the body and social class. The findings suggest that actors seek to reproduce and believe in the dressing while embracing different implications of it. Self-representation in the context of dressing seems to be the most important factor in acquiring a position and social acceptance, distinguishing oneself and one’s class from others through the type of dressing, makeup, and jewelry. As Veblen puts it, the provision of clothing causes people to reduce their comfort and necessities of life to a greater extent than other items they use, and to provide what is desired as conspicuous consumption.
Conclusion: The body, deeply affected by the reflexivity of the modern age, can no longer be considered simply as a type of fixed physiological entity. Sociologists have well demonstrated that clothing is a cultural indicator. One way to learn about the culture of a society, therefore, is to become familiar with how people dress. In all cultures and societies, dressing is a personal issue and at the same time a political issue with implications for gender and the status of women. 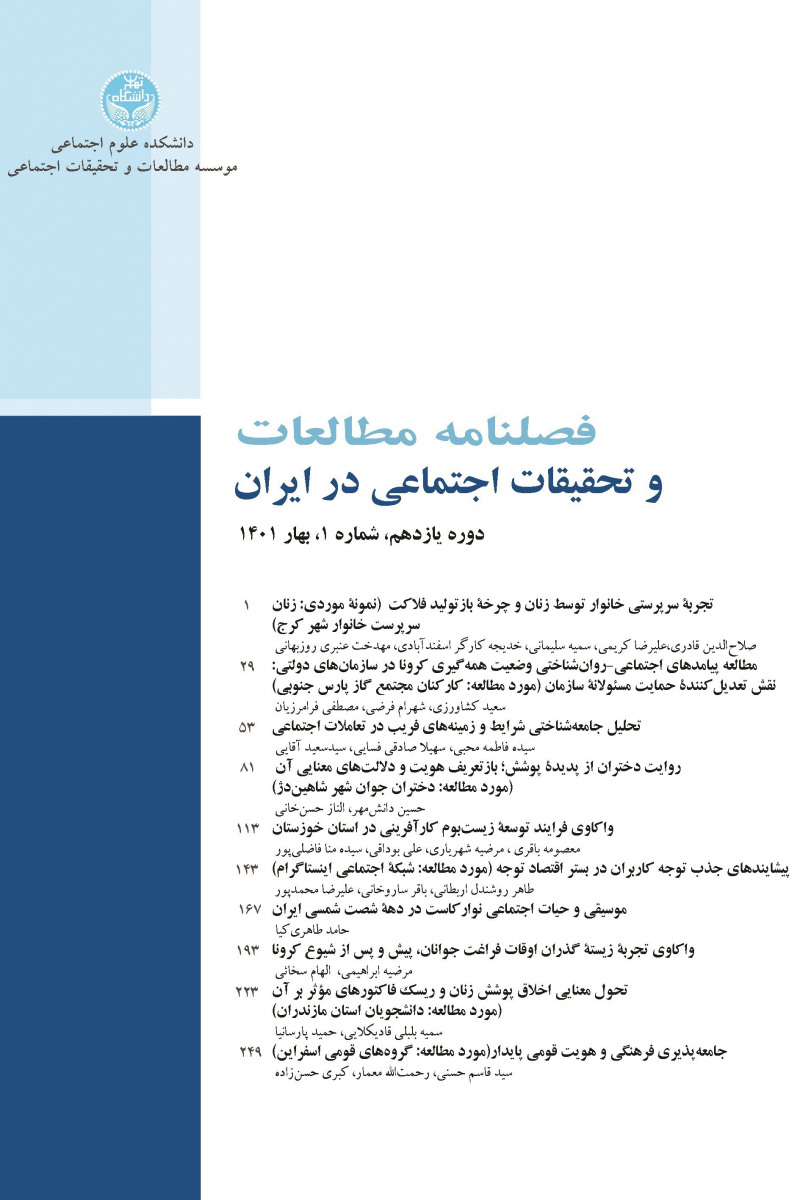