Garbage Economy and Emotional World of Suffering: An Ethnographic Research among Poor Marginalized People of Tabriz

Introduction: In this article, through anthropology of emotions, I will consider the emotional life and feeling culture of Malla-Zeynal, a poor neighborhood of Tabriz, in the broader collective contexts. Prosperous garbage economy in recent few years in this neighborhood has created new social relations in which the everyday experience of individuals, families, and local community has been influenced. This economy has divided the men of Malla-Zeynal in three different groups: owners of big storehouse of wastes, owners of carrying and transferring cars, and gatherers of garbage who work with hand-wheel.
Method: Based on the two long-term fieldwork, three and six months follow up in last two years, I had been witnessed and listener of rage and shame of the two group of whom their livelihood have been possible through this economy. The collecting of data based mainly on participant observation and presence in the field. Through taking everyday notes from situations, persons, and dialogues, a big body of data set produced. Although the primary forms of analysis of fieldnotes was written during field research, the final and systematic analysis started by leaving the field: reading fieldnotes line by line and recognizing themes. Then, for each them, I wrote a memo. The eventual ethnographic writing is a combination of fieldnote excerpts-commentary units, all of which connected with each other by reference to main theme. These units are examples of lived scenes and situations which help us to understand how one domain of collective life, social relations around the economy of garbage, shaped particular feelings among poor people. Emotional world of this poor marginalized people is the one resource of their suffering.
Findings: The people of Malla-Zeynal suffer through four emotional ways. First, they live in a noise-making soundscape of garbage economy of their relatives and neighbors, therefore should bear the unbearable. Without any permission to protest, they, especially women, boil but eat themselves. Second, Men got mad when they witness the progress of owners of storehouses by non-moral ways. Bewildered to choice between honor or progress, men, especially young, caught in a cultural dilemma. Third, working as a gatherers of garbage, in a setting in which most people are familial with each other, inferior group of this economy experience extreme levels of shame. And fourth, the currency of garbage economy has make parents apathy about their young children whom send to work, collecting garbage.
Conclusion: Men and women of Malla-Zeynal control their inner and intense feelings. Otherwise, they fear to lose their control and became mad. In this way, they inter in a process of internalizing negative emotions. These emotions go through their bodies and psyches. The suffering of Malla-Zeynal people have been medicalized, which explain why they are big users of medical drugs. 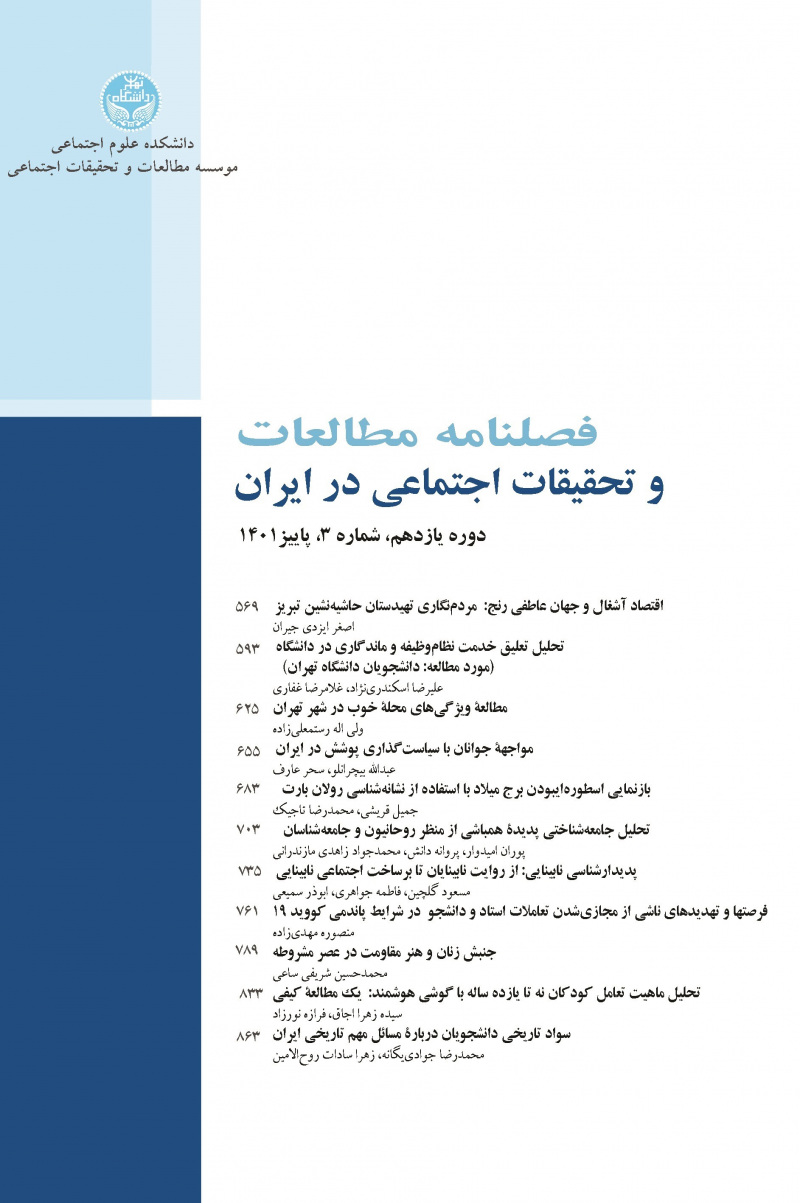