The present research is carried out in a qualitative tradition using the grounded theory, and seeks to answer the fundamental question that how the stakeholders of the source of water transfer (Zab river) understand and realize the phenomenon of water transfer to Lake Urmia. In addition, from their perspective, how do the conditions, interactions, and consequences of this situation are represented. In order to collect and analyze data, deep interviewing technique (22 interviews) and group discussions (8 group discussions) were used by using purposive sampling. Results are categorized in the form of the original 90 fundamental concepts, 13 core concepts, and 1 nuclear category. The core categories include: the transformation of the livelihood of people at the origin, the increase of ethnic sensitivities, the prosperity of agriculture in the land of the water transmission route, irreparable damage to agriculture, biological problems and leaving rural areas in the origin, drying of Urmia Lake, health threats, changing the pattern of cultivation, security attitude toward water transfer, land price changes, ethnic divergence, mediatorial look at transfer, environmental strategy, the resonance of poverty at origin areas, and the cost of the transfer process. The central core of which other categories are formed around it, and the theoretical model based on it is the risks and consequences of the transfer of water, which has been interpreted as a timeline. Findings indicate that residents of the study area are sensitive to the inter-basin water transfer phenomenon and regard water as a political commodity, which could become the source of serious conflicts in the region. It seems that the issue of water transfer before being a technical issue it carries social and cultural issues that neglect of this issue, I addition to jeopardizing heavy investments in this area, may cause economic, social, political, and security consequences. According to the findings, excess water transfer in the Zab areas and  in Sardasht and Piranshahr cities can be an ideal sustainable option in current social cultural conditions. So that in the first stage, the present capacities and potential of agriculture and industrial use of the area and in the next step, the unbalanced development between the regions reduce. In this case, while sustaining exploitation, the mentioned risks will be diminished. 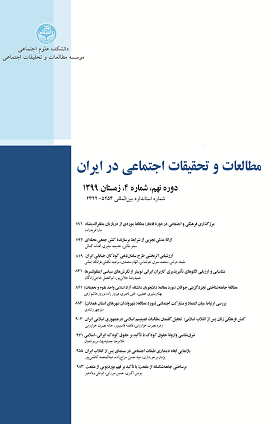